Roll over image to zoom in

Gimbal & camera ONLY for replacement or upgrade. This camera has a 6K 1" sensor, whereas the EVO II camera has an 8K 1/2" sensor. The EVO II features interchangeable cameras and it is very easy to change out or swap your camera payload whether you are needing to replace a camera, or if you choose to upgrade.

The Autel EVO II 6K (Pro) Gimbal/Camera Only is the camera that comes included with the Autel EVO II Pro. This camera can either be used as a replacement (don't worry, incidents happen to the best of us) or as an upgrade if you are looking to step up your imaging capabilities. This camera has a 6K 1" sensor, whereas the EVO II camera has an 8K 1/2" sensor. The EVO II features interchangeable cameras and it is very easy to change out or swap your camera payload whether you are needing to replace a camera, or if you choose to upgrade.

The Autel EVO II 6K (Pro) Gimbal/Camera Only is the camera that comes included with the Autel EVO II Pro. This camera can either be used as a replacement (don't worry, incidents happen to the best of us) or as an upgrade if you are looking to step up your imaging capabilities. This camera has a 6K 1" sensor, whereas the EVO II camera has an 8K 1/2" sensor. The EVO II features interchangeable cameras and it is very easy to change out or swap your camera payload whether you are needing to replace a camera, or if you choose to upgrade.

Thank you for submitting a review!

Your input is very much appreciated. Share it with your friends so they can enjoy it too! 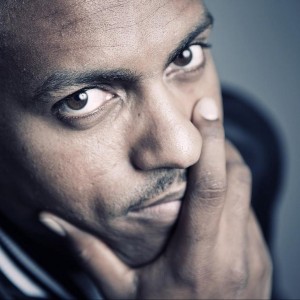 My ordering experience was wonder and it came quickly. It actually came the day before a whale watching trip for me, so I was able to take it with me there. I almost lost my drone at sea, but that’s another story. And I didn’t through the effort of my expert flying and some expert navigation by the captain lol. Anyway, the 6k cam with the 1” sensor is pristine. Far superior to the 8k, which is basically a good cell phone cam. It took maybe 20 min to do minor, routine drone surgery and install it. Well worth it!

The overall experience was easy. I utilized the Advexure chat session to verify That the Autel Evo 2 6k Gimbal was in stock. The customer service person responded quickly. I then ordered the product and recipe it in two business days. This was an easy process. I also liked thst I received a call to verify that I placed the order. This makes made me more comfortable as i have spent a lot of money on the Autel with different vendors and plan to make all future purchases with Advexure!!

Thanks for the review Anthony! We appreciate your feedback on your experience with our team and are glad we could make it an easy one. Safe flying!

I liked it very well

Happy to hear it, Jean Carlos. Thanks for the review.

The item shipped to my house (from Cali to Boston) within 4 days and even though the box looked like it might have been in a quick soccer match (facetiously speaking). When I got to the actual Autel EVO 6K box, it was one of the most beautiful sightings I've ever seen (picture everything in slow-mo). The 6K box itself was in mint condition and that's most likely because of the amount of wrapping around the 6K box within the bigger shipping box that had a lot of damage. So awesome job Advexure for making sure that I item was protected because had it not been for that wrapping, I'm pretty sure there would have been more internal shaking. On another note: I installed the gimbal, re-calibrated it, install some updates and took the drone out for a test flight (typical hover 10 ft, left, right, ect...). The drone few absolutely normal with no issues. I'll be taking this drone out for it's first real flight with this new camera, but so far everything is going as expected. Only minor grip with this whole transaction was that Autel didn't provide me with a gimbal guard for the 6K. So since I was upgrading from the 8K base camera, I had no way of physically protecting my new 6K camera if I were to install it. This is not on Advexure in any way shape or form, but I basically was told by an Autel Representative that I got the initial batches (I had mines on pre-order for a few months) and that they have already addressed this issue. Long story short, I will expect to see that gimbal cover within the next couple of days. Their customer service is fantastic.

Thanks for the very thorough and detailed review, Quoc. Sorry to hear about the damaged shipping box but very happy to hear that the wrapping protected the item. We are already aware that Autel did not include gimbal locks/guards with cameras in their early runs and we are rectifying this with the Autel team on a case by case basis. Safe flying!

Here at Advexure we do everything we can to ensure a positive experience. We accept returns on all products for a period of 30 days with an RMA number. All product must be in new condition, in its original box or packaging, and include all original accessories, cables, manuals, packaging material, etc. Aerial platforms that have been previously flown or show any signs of use will not be accepted. Custom setup equipment and all enterprise platform sales are final and non-returnable. Any and all items that are received and do not meet the condition described in the submitted RMA request will not be accepted and will be the buyer's responsibility to arrange recovery of the product from Advexure. Please note, any product that is received by Advexure without an RMA number will not be accepted. On rare occasions a product shipped by Advexure arrives to a customer DOA (Dead on Arrival), meaning that the hardware product shows symptoms of a hardware failure, preventing basic operability, upon its first use out of the box. If a product has been received and shows symptoms of being DOA, the customer must submit an RMA request within 10 days following a confirmed delivery. DOA items will be repaired or exchanged at the discretion of Advexure for the same model or the manufacturer's equivalent model. Following this period, all warranty requests must be directed to the manufacturer. Advexure will provide a prepaid return shipping label for all returns on DOA items following the acceptance of the customer's RMA request and expedite the repair or exchange process as quickly as possible. Advexure is not responsible in any way for the use, misuse, or any injury or damage to persons or property from use of any equipment purchased at Advexure.com. Returns are voided if any product packaging is opened, any of the boards are tampered with or if a customer installs or modifies any parts/pieces of their products. Advexure does not provide any warranties whatsoever and defers to the manufacturer for any complaints/warranties/guarantees as Advexure does not make, manufacture, or fabricate any of the products found herein unless specified.

Return Shipping Costs
Advexure will only provide a prepaid return shipping label for product that is deemed DOA through the Customer's RMA request. Return shipping and insurance costs for all authorized returns are the full responsibility of the Customer. All return shipments must be sent using a traceable shipping method. Original shipping costs are non-refundable. If a refund is granted, original shipping costs will be deducted from your original purchase amount. This applies to orders that qualify for free shipping as well.

Refunds
Once your item is received by Advexure it will be inspected within 24-48 hours of its arrival and you will be notified that we have received your item. After the inspection process is complete we will provide an immediate update on the status of your refund.